It was Christ who gave the apostles, the prophets, the evangelists, the pastors and teachers, to equip his people for works of service, so that the body of Christ may be built up until we all reach unity in the faith and in the knowledge of the Son of God and become mature, attaining to the whole measure of the fullness of Christ. Ephesians 4:11-13 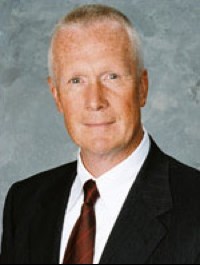 In 1982, James Huebner (pronounced Heeb-ner) became the eighth pastor in the 170-year history of Grace Church. When he came to Grace, the congregation had 429 members, most of whom were retirees. However, the redevelopment and revitalization of downtown Milwaukee brought younger adults who found Grace Church and, under God's blessing, the congregation has almost tripled.

Pastor Huebner's ministry responsibilities at Grace include overall administration, leadership development, worship planning, adult education, and counseling, along with regular preaching and teaching. The congregation has been doubly blessed because of his expertise as a church consultant. Pastor Huebner also serves in administrative leadership positions within the Wisconsin Evangelical Lutheran Synod, the church body with which Grace is affiliated.

An avid sports fan, Pastor Huebner enjoys watching and participating in many sports. He is married to Anne, a licensed practicing psychologist. "Pastor H" and "Dr. Anne" have two children, a son who serves as the campus pastor at Wisconsin Lutheran High School, a daughter who works at a corporation in Oshkosh, Wisconsin, and is married to a Lutheran pastor, and four grandchildren. 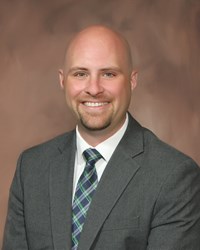 Aaron Strong came in 2015 as a third pastor to assist with the ever-growing ministry at Grace. He previously served for seven years as a pastor in Las Vegas, Nevada, planting a new mission church. Pastor Strong brings his experience of working with a church and people from the ground up to serve Grace and downtown Milwaukee.

Pastor Strong leads Grace's second-site ministry, Grace in the Ward, along with serving college campus ministry. He is also a part of the preaching and teaching ministry.

Pastor Strong enjoys sports and the outdoors. He is married to Abbie and together they raise two precious children. As a family they enjoy staying busy with outdoor activities, spending time with family and friends, and getting to know the Milwaukee area. 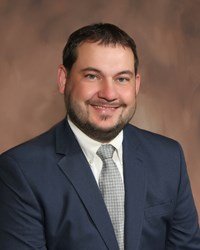 Pastor Hackmann joined the team at Grace in May of 2019. Prior to moving to Milwaukee, he was privileged to pastor a congregation in Eagle River, Alaska. He is married to a wonderful woman, Tricia, who in addition to being a preschool teacher by training, serves in the more than full-time position of staying home to help raise their 6 children. Sometimes it feels like a preschool in the Hackmann house, but Tricia is the glue that holds it together.

Pastor Hackmann serves the church as the outreach pastor, coordinating Bible Information Classes, following-up on visitors, exploring ways to get Grace, and more importantly the name of Jesus, out into our Milwaukee community.  He also assists with the preaching and teaching ministries carried on by Grace.

Being raised in Milwaukee, cheering for the Wisconsin sports teams has been a passion for as long as he can remember, but it's a lot easier to do from Milwaukee than Alaska. He enjoys following those teams and poking in from time to time to see them in person. He loves cheering on his kids as they play sports and grow and mature into fine, godly, young people. The family loves to explore the places we are blessed to call home and we are excited to get to know and see more of Southeastern Wisconsin!

If you are ever downtown, stop in at Grace. Pastor Hackmann would love to meet you!! 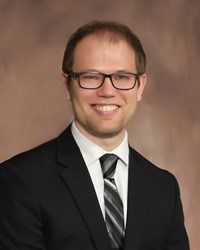 As the Minister of Discipleship at Grace, Drew Carter is responsible for organizing the Sunday school, member involvement, family ministry, teen Bible class, special activities, senior ministry, and visitation. He graduated from the staff ministry program at Martin Luther College in 2018 and hopes to use the skills that he learned and developed at MLC to be a blessing to Grace and it’s many ministries.

Drew and his wife Diana, a graduate of Bethany Lutheran College, love to walk and exercise, travel, and play board/card games. Drew is an avid sports fan who loves to talk about the major happenings in most professional sports. Drew and Diana have a daughter, Jaina Ruth, who was born in January 2019. 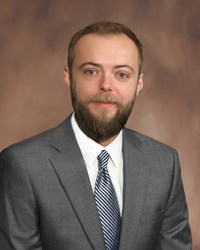 Kevin Becker has been serving as Minister of Music since July 2019, having previously served as Church Administrator since 2012. As Minister of Music, Kevin is responsible for planning and selecting music for worship, directing the Grace Choir, coordinating and recruiting instrumentalists, and incorporating young musicians into worship.

Kevin has degrees in piano performance and music composition and has been playing for worship since high school. Kevin has also instructed college music courses, taught private piano lessons, and has experience accompanying singers and dance. Kevin and his wife, Stacy, have been members at Grace since 2008.